St. John’s has a rich history. But while we are grounded in tradition, we are an inclusive church that seeks to embrace all of God’s people. As we like to say, wherever you are on your spiritual journey, St. John’s welcomes you.

As a growing, welcoming downtown parish, St. John’s offers multiple worship opportunities within its liturgical framework. Currently, Sundays include 8:00 a.m. Rite I Eucharist, 10:00 a.m. Rite II Eucharist with a full choir, and a less formal 5:30 p.m. Rite II Eucharist featuring a parishioner who shares their story of faith. We hope to return to three morning Sunday services at 8:00 a.m., 9:00 a.m., and 11:15 a.m. Other services offered are weekly Sung Compline, a midweek Healing Service, and Choral Evensong, quarterly. We are traditional, yet never stuffy.

Music at St. John’s is steeped in the tradition of the Episcopal Church. Excellence in sacred music offered to the glory of God is one of the hallmarks of our parish life. Our music is intended to draw people into the deeper realities of God. Some parishioners say they knew they had found their home at St. John’s when they heard the music. 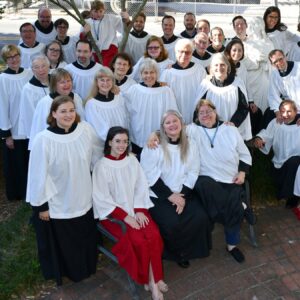 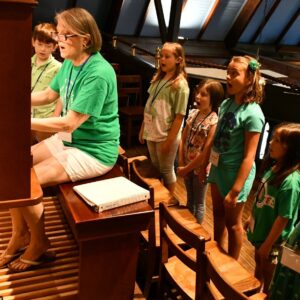 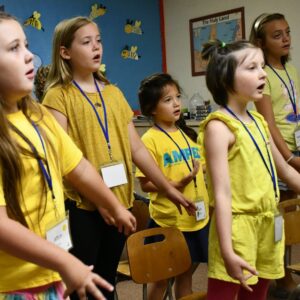 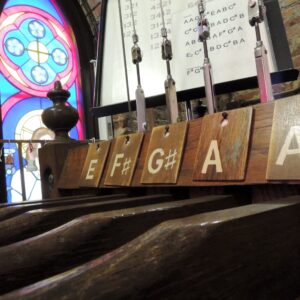 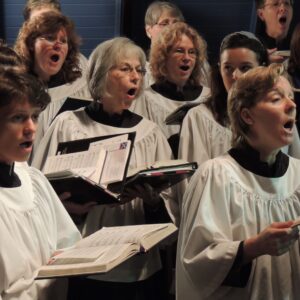 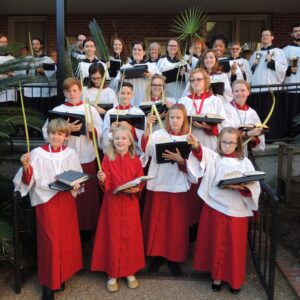 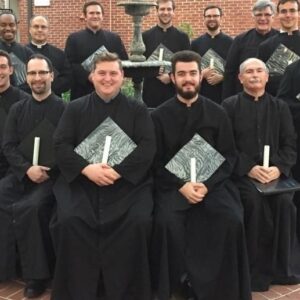 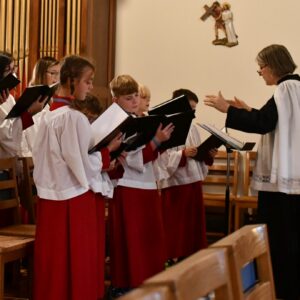 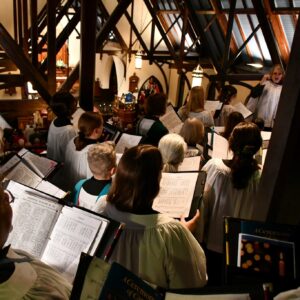 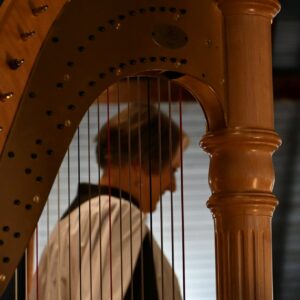 The choir of 55 adults and 14 younger choristers is a welcoming, intergenerational group of volunteers and staff singers who have sung with the Tallahassee Symphony Orchestra. They have also sung in residence at Christ Church Cathedral Oxford and Lichfield Cathedral in England.

For six decades, our choristers have been trained using the Royal School of Church Music system and have been part of the weekly Sunday services, singing alongside the adult choir. First and second graders meet as “Joyful Noisemakers” to learn about music. Summer Choir Camp, for elementary- and middle-schoolers, is led by professional music faculty to practice singing, ear-training, theory, and history. 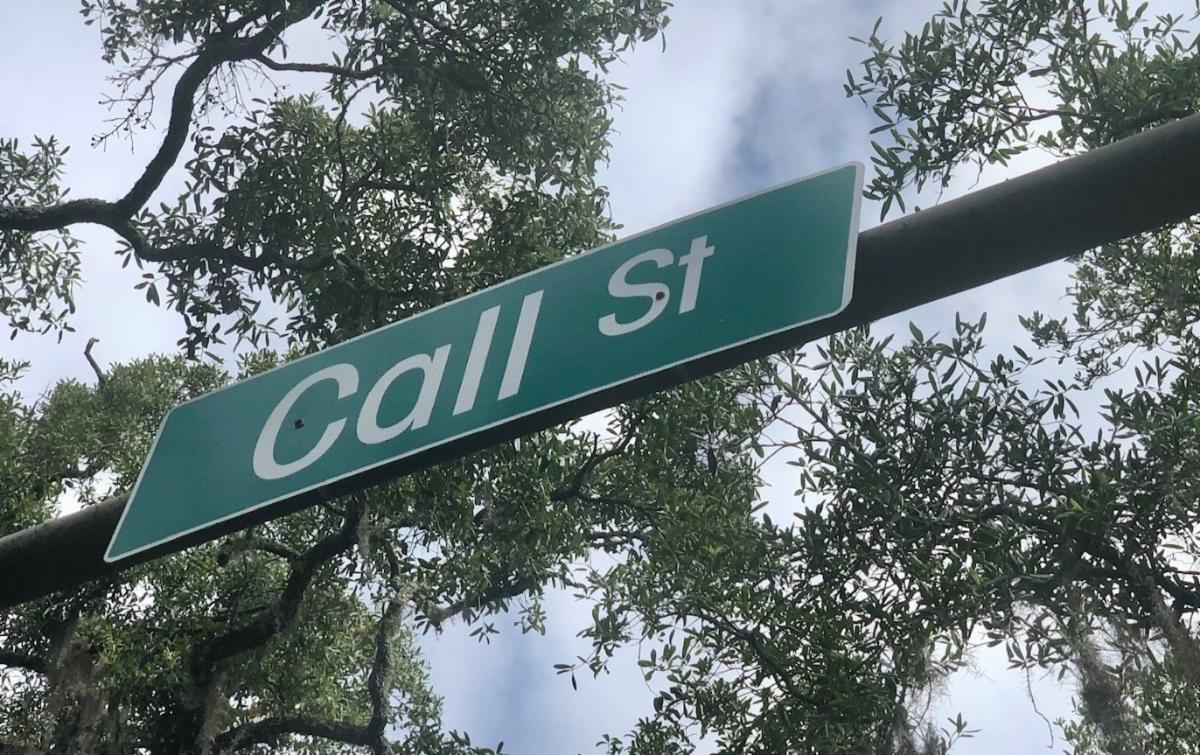 St. John’s former music director Roy Johnson composed the hymn tune “Call Street” for inclusion in The Hymnal 1982 (#588), named for one of the streets that runs adjacent to the church.

Click to learn more about the C.B. Fisk Organ

This magnificent instrument accompanies the St. John’s Choir and leads the congregation in song. It was built by the outstanding American organ-building firm C. B. Fisk, Inc. in 2005. The Fisk organ consists of thirty-one stops, or sets of pipes, played by two manual keyboard divisions and pedal; contains 1,940 pipes; and utilizes direct mechanical (“tracker”) key action. The handsome oak organ case, or cabinet which contains the pipes and mechanism, rises from the floor of the gallery to the pinnacle of the roof, and incorporates elements of the building’s architecture, as well as reflects details of the altar reredos. St. John’s Fisk organ crowned the extensive renovation of the venerable 1881 church’s interior, which included a new west gallery for choir and organ, enlarged altar and communion space, new transept and lobby seating, inaudible heating and cooling systems, and greatly improved acoustics.

Loving and serving Christ and our neighbors in Tallahassee and the world.